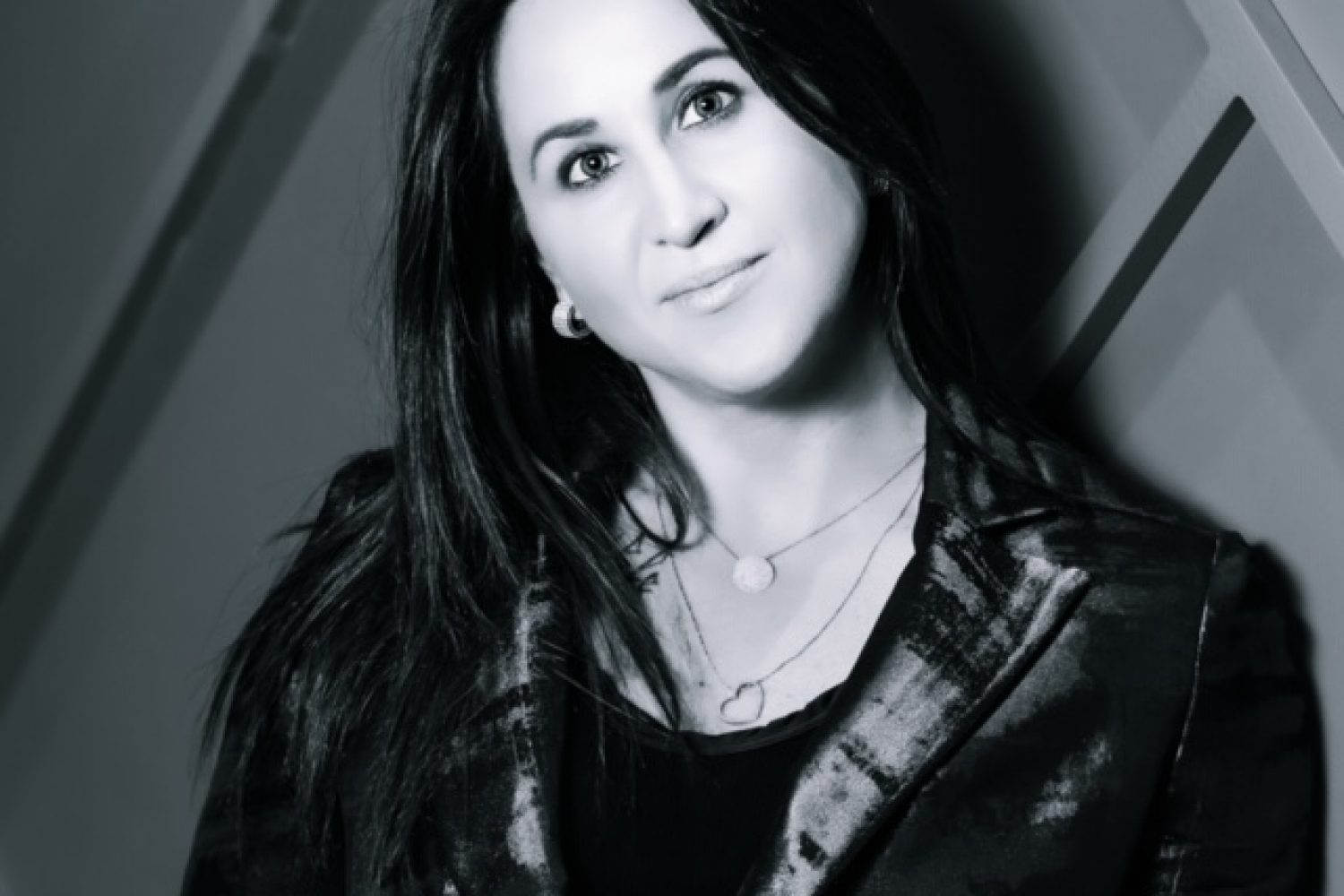 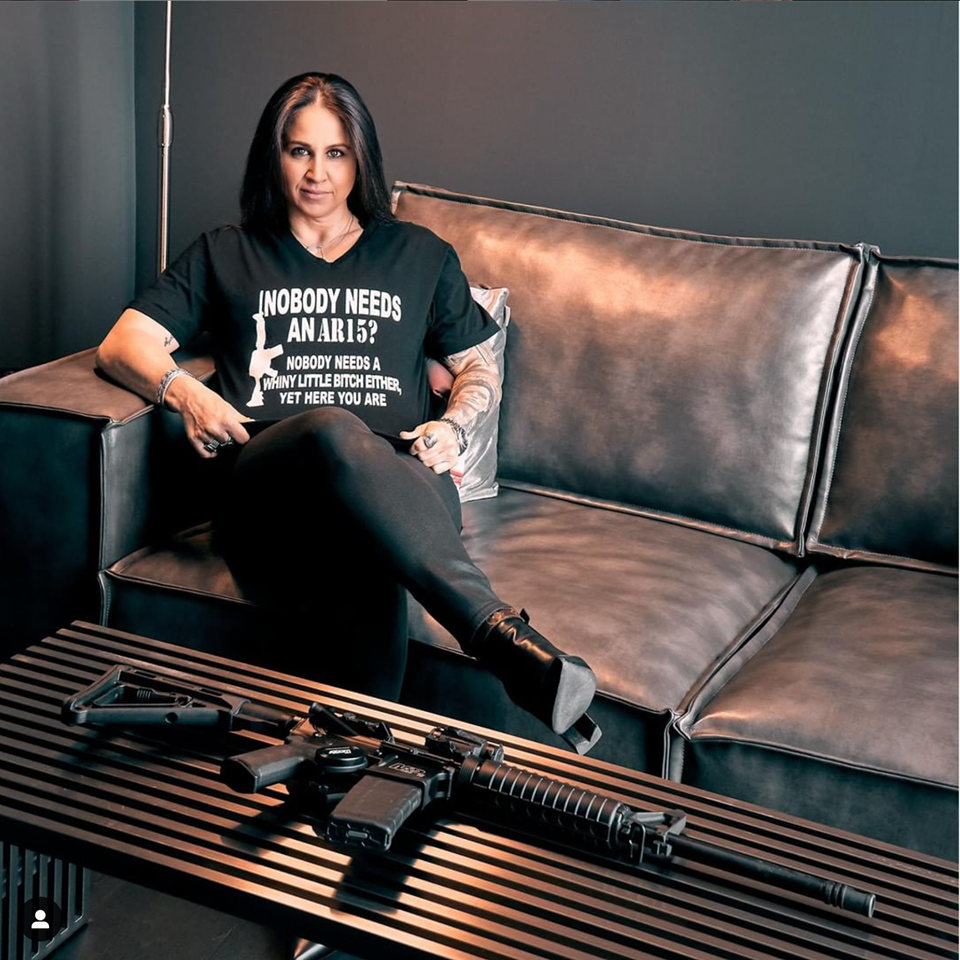 Jordana Goldlist Sitting With An AR-15 Wearing An Amazing Shirt

Who are you? What do you do? And how do firearms fit into your life?
I am a criminal lawyer, speaker, and youth mentor.  I run a boutique law firm called JHG Criminal Law, based out of Toronto, focusing on homicide cases, drug-related crimes, and firearms offenses.  I am a legal gun owner and sport shooter, with a decent collection of firearms I keep safely stored in Toronto.  Despite what the Mayor of Toronto and media may portray, not every gun in this city is illegally acquired and used as a weapon.

What does firearms ownership mean to you? What importance or significance does it have?
I got introduced to shooting randomly when I was in my early 30s when someone took me to a gun range on a date.  I loved the sporting aspect of it.  People who don’t shoot do not realize the difficulty and the skills needed to be accurate; I certainly did not appreciate it until I tried it.  And then like most things I enjoy, I wanted to master it so I got licensed and joined a range.  For me, shooting is about focus, it’s about slowing down and holding steady.  My career is all intellect and argument.  When I go to the gym (4-5 days per week), I prefer weight training so it’s all about strength and power.  Shooting is completely different: it forces me to stay still and hold steady, except of course for the slightest movement of one finger.   The natural reaction is to recoil from the shot so you train the mind to overcome the body.  It’s my version of meditation

What was your initial reaction to the Ban? And to the way it was legislated through an OIC.
On May 1, I woke up the legal owner of about a dozen different firearms; all properly registered and very safely stored (even beyond the requirements of the Firearms Regulations).  By lunchtime, two of my guns were illegal.  Thousands of dollars rendered useless, without any debate in Parliament.  When I actually examined the guns that were banned, I was enraged – there was absolutely no thought put into the collection of guns included in the list.  There were airsoft pistols, websites, even different classifications for different colors.  There are some guns that are now banned because they are black plastic but the pink versions are still legal.  It’s similar to this government’s knee-jerk reaction to the jury’s acquittal of Gerald Stanley: they drafted legislation changing the jury selection process in ways which will make the Jury trial even more unfair to visible minorities, which was who they were trying to protect.  The OIC is not getting the guns off the street that “kill the most amount of people in the least amount of time”, as the government wants the public to believe.  Those guns (or more accurately, those magazines), are coming into Canada illegally and sold on the streets to people without a license.  They were both illegal and available for black market sales before the ban and they will continue that way despite the ban. 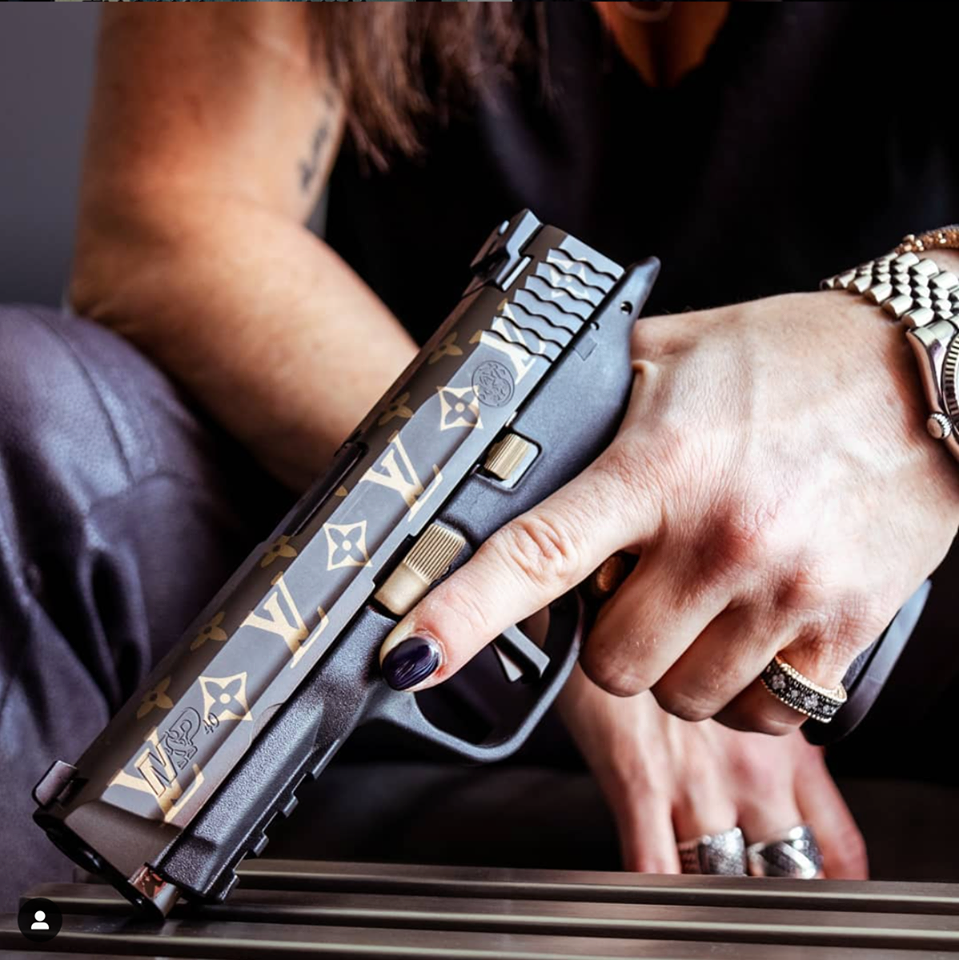 As a defense lawyer, what is your impression of firearms-related crime in Canada, and where does the legal gun owner fit in?   Gun crime in Canada is linked to gangs, the drug trade, the sex trade, and unsafe communities.  It is a tool to intimidate others and protect oneself.   For legal owners, a gun is a tool for sport or sustenance.  These two groups are worlds apart.  Unfortunately, they just happen to share the same tool.  But outlawing the gun to stop crime is the same as banning cars to stop drunk driving.  Unless and until the government addresses the root causes of gun violence, it will not stop.  The illegality of drugs has done nothing to stop the drug trade.  And the same shipments bringing cocaine and heroin into the city are supplying dealers with the guns they need to maintain control of the trade.

As a female in the community, what has been your experience, and why is it important for women to be involved in the shooting sports?
I don’t know how my experience would be different if I were a man.  I am treated with respect and feel comfortable where ever I go.  I find everyone I meet in the community to be welcoming and friendly.  It really is a community.

How do you feel our justice system manages firearms-related crimes? Are the consequences appropriate with regards to the offense?
The justice system does not “manage” gun crime.  It sends people to the most violent environment in the country for 2-3 years on the first offense for illegal possession.  There is no rehabilitation and no reintegration upon release.  So when you take a person out of one violent situation and force them into another, only to release them back into the same world they came from originally, how can anyone expect a different result?  Jail does not fix people nor does it change the reality of their life, which is often plagued by poverty, addiction, lack of education, and a lack of employment opportunities.  If society does not address the root causes of gun violence, they cannot be surprised when it doesn’t stop.

How does the recent legislation positively affect public safety?
One has nothing to do with the other.  Taking guns away from law-abiding citizens is not the answer, as the recent gunfights on the streets of Toronto should make clear.  The shootings in my city will not stop just because I can no longer bring my rifles to the range.

We would like to thank Jordana Goldlist for sitting down and having a chat with us.