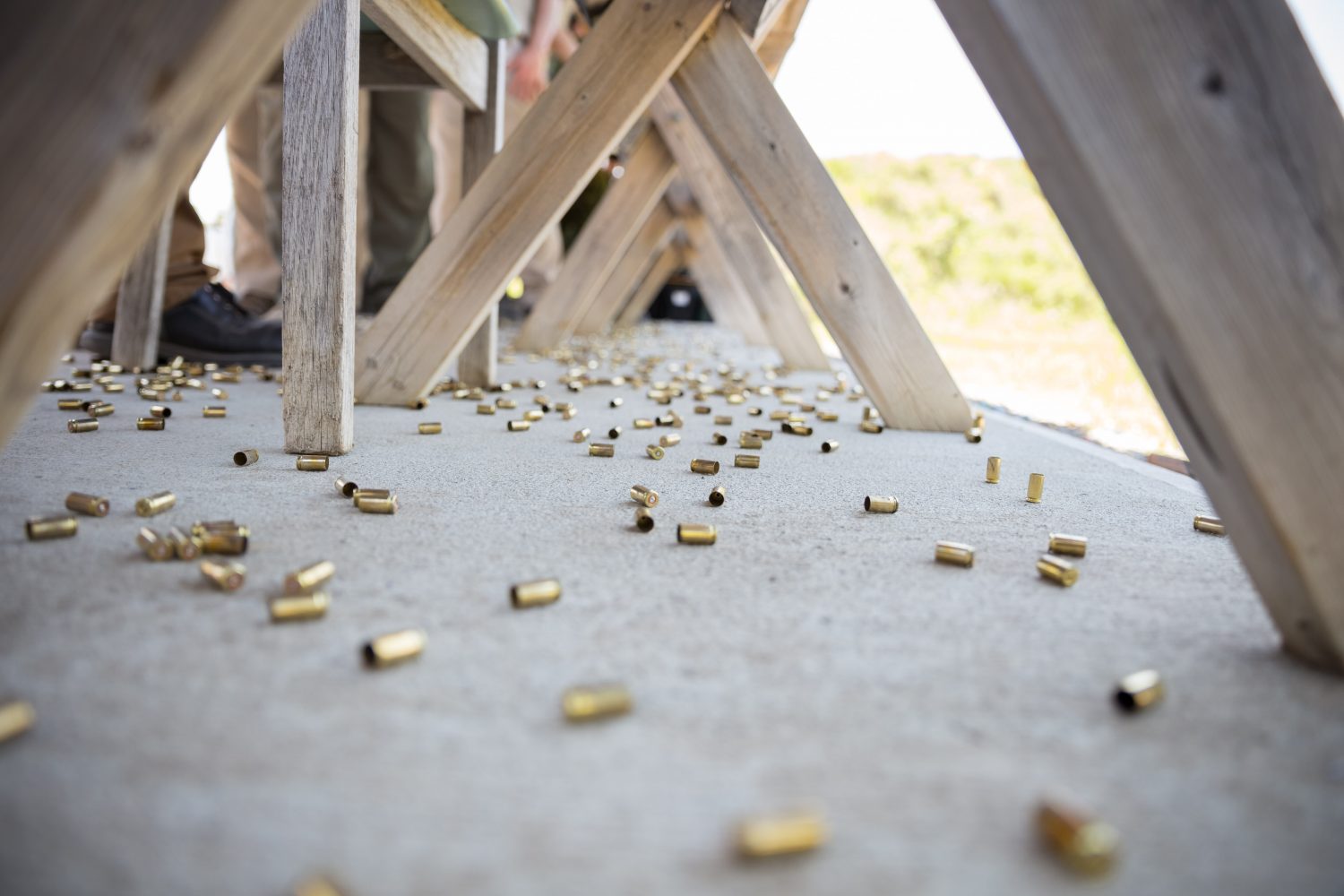 The grammatically incorrect term “very unique” has been used to describe me on many occasions, hopefully more often than not in a positive way. Sometimes it’s regarding my career path, other times about my politics, and even sometimes toward my duel citizenship. But there are many more things not so unique about me like my love for our country, my respect for the rule of law, and my fascination with guns.

Even from a young age, I’ve always been interested in guns. If I had to pinpoint the moment that started, it was likely the first time a friend of mine took me target practicing in the woods with a BB gun. As we kept moving the bottles further away from us, I worked harder and harder to hear the braking of the glass. I’m not sure what others feel on the range, but as I hit what I intended on hitting I felt accomplished and at ease simultaneously. And for a teenager with insecurities and rising emotions, that was a truly unique feeling to have.

It wasn’t until years later that I picked up a gun again, this time in my other home country as a solider. I knew that military service was something I needed to do, for me and for my country. But as Adam Driver put so perfectly in his Ted Talk, I found that I loved the army for the thing I was looking for the least when I joined – the group of people from across the world that I had nothing in common with on the surface. What I realized quite quickly was that I was in the service not for the slogans on the basic training camp walls, but for the guy in the modern-day equivalent of foxholes next to me. They counted on me and I counted on them. And while our egos, cultural differences and general preferences got in the way of our friendship many times a day, I always knew they had my back because they always knew I had theirs. 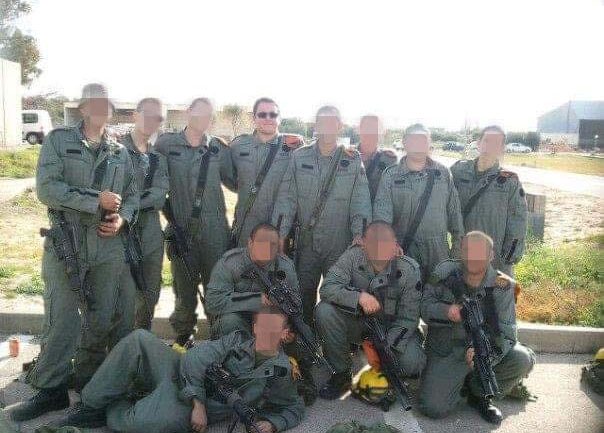 Blair Sterling with one of his units overseas | 2012

While I played many roles on base, the two ways in which I most prominently had their backs was as a combat medic and a sharpshooter. While the stories of the former role are far better to tell at bars, especially if blood and gore is your thing, the stories of the later meant much more to me in my growth as an adult. Learning how to shoot and care for my new bunkmate was a whole new experience with managing incredibly important responsibilities. My M4 (an AR-15 platform rifle) never left my side for all my years of service. When I ate, she (yes, she) was over my shoulder, when I slept she was under my pillow, and when I went to the bathroom she was pressed up against the stall door. Learning to shoot her was a vastly different experience than the BB gun in the woods. Her ACOG scope let me see what others in my platoon couldn’t down rage. I learned to hit targets as close as a stones-throw away all the way up to 300 meters down range. I shot her standing, kneeling, lying down, in a stationary position, on the run, in and on vehicles, and just about any other way you can shoot a rifle. After shootings thousands of 5.56 bullets of varying types, I was a pro at calming my heartbeat to achieve the necessary shot.

Some might think that these are the kinds of skills you end up leaving at the gate as you leave base for the last time. Not so for me. Many of my friends call me up with medical issues they have that they don’t want to take to a doctor. But on a personal note, it’s the shooting skills that keep me wholesome today. When faced with obstacles in my personal and professional life, I focus on my target, such as a promotion at work, I adjust for the contributing factors and take the best shot I can. And when I find myself getting anxious, angry, or upset, I use my breathing training to keep calm and carry on as best I can. 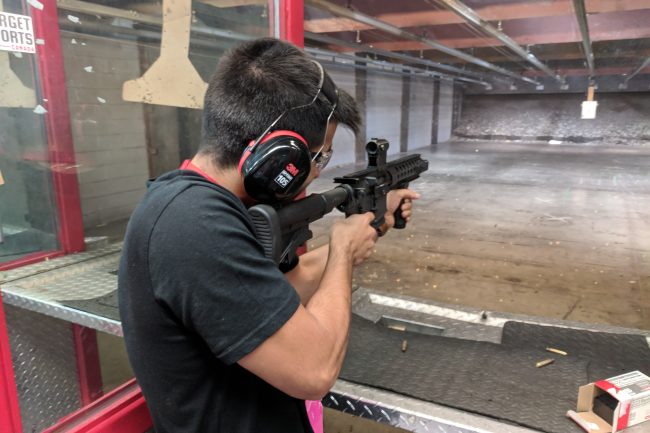 I’ve kept up my skills by becoming a licensed gun owner here in Canada, joining millions of fellow Canadians who have embarked on the same path. After taking the necessary courses and paying the relevant fees, I gained my Restricted Possession and Acquisition License (RPAL) and bought a 10/22, a semi-automatic small caliber rifle. Every time I took it to the range, it gave me that nostalgia of being back in the woods with my friend, which let me step away from the stresses of every day life and for a short amount of time, focus on hitting the bullseye instead. I mastered the rifle in a short period of time and realized that I was missing the feeling of my M4. So, I bought an AR-15 and dressed it up the be quite similar to what I was used to. Some might say that given the newest firearms ban, this might have been a bad decision. And while I am sad that I may never get to shoot this rifle again, it has helped me keep a level head for the time being.

But as thing change, so must I. I have a ton of experience with rifles, but there is a lot of other kinds of firearms out there that I haven’t tried. I can’t just do what I know; I need to push myself to learn new things and conquer new worlds. That’s why I decided to purchase a handgun, a type of firearm I have almost no experience with. I did a lot of online research and found that the Austrian’s made a great handgun that most shooters are familiar with. Glocks are quite common, especially with law enforcement, which assumes they’re reliable and durable. So, I decided to buy a Glock 17, a common model that shoots 9-millimeter rounds, a common caliber for handguns.

What I expected when I became a gunowner was the price of my favourite hobby year to year. What I didn’t expect, maybe naively so, was the hoops I’d have to jump through to get to the range with my own firearms. The course I took to get my license wasn’t an overly complicated or difficult course. It took a few days on a weekend, involved almost no time with the weapons in my hands, and ended with a written and oral test. Once I passed the federal background check (a check that takes places on a daily basis to make sure the RCMP has my most up-to-date information), I was mailed my license. So far, this process had taken half a year.

I had thought I was done with it all until I learned that even with the license, I would still need to join a gun club to be able to use my own firearms. I found one connected to a range near me and bought my membership. This came with another course which required me to prove I knew what I was doing. The course involved some general knowledge about firearms, the rules of this specific club and range, and ended with another written test. This time, there was a practical element where they witnessed me shoot one of their rifles on the range, and made sure I knew what to do as I loaded and unloaded the weapon. This brings us up to a total of 9 months since I had initially submitted my application to the government.

Now came the fun part, buying my firearms. The 10/22 didn’t take much time as it’s a non-restricted rifle. This meant that I wasn’t dealing with a lot of red tape before I hit the range. The AR-15, on the other hand, was more complicated. As a restricted firearm, I had to wait after purchasing the rifle for the government to approve the transfer. Around a month later, the rifle was in my hands and I was able to take it to the range, but only to the range of course. 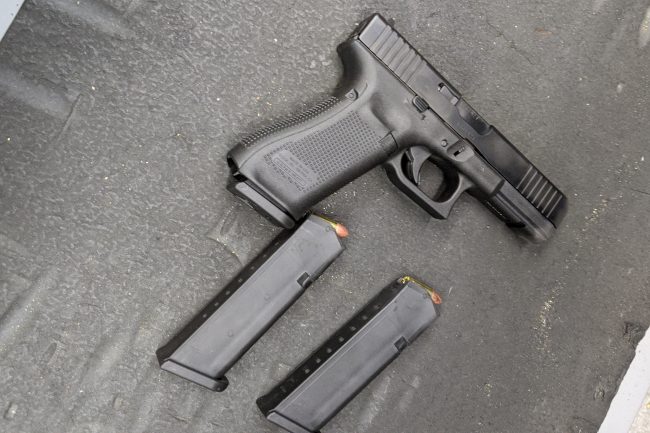 When I think back to the reason I got into the gun world, I remember fondly the time I spent getting to know the sport, the skills I’ve developed along the way, and the industry I’ve come to love. I’d be lying if I said that the hoops I’ve had to jump through, including the various fees along the way, haven’t affected my enjoyment of this hobby, especially when several of the rules make no practical sense in their effect. But as long as I get to keep shooting, I’ll do this until there are no more targets to hit.